May 20, 2019, posted in AllgemeinCase Study about the Guiding Process Personal Responsibility: Developing Autonomy 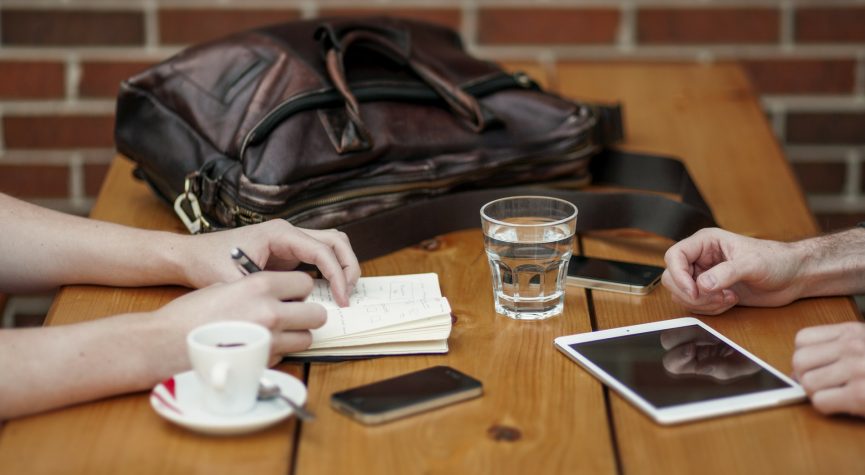 After a joint workshop with his employer, Richard comes to our coaching as an individual, paying for himself. He feels offended, because his boss doesn’t notice him, overlooks him and prefers to speak with his colleague, “simply leaving him to one side”. However, Richard has a job that he enjoys and which allows him an unusual degree of freedom. In his performance management interviews, his rating is above average, therefore, he regularly receives his bonus.

Richard describes in detail how bad he feels about his disturbed relationship with his boss. He would like to learn to communicate in such a way that his boss recognises his importance to the organisation. He wants to practice actively asking for praise and feedback, so that he can obtain what he (apparently) needs. During the conversation, it becomes clear that Richard is under pressure: he speaks rapidly and appears aggressive. We are quickly able to agree that Richard cannot change his boss. He can only work on himself and then see whether and how this changes the relationship dynamics with his boss. This he wishes to try.

The work with Richard takes two years in total. The meetings are carried out sporadically. At first he describes how much he feels the victim of his ignorant boss. The boss is unable to empathise, is autistic and climbs over bodies. Richard’s anger is visible, the veins in his neck and forehead swell and his face turns red as he speaks. We investigate why Richard develops so much anger and why he needs the appreciation of his boss; after all, he is over fifty years old.  He pivots between the statement that he knows it is childish and the demand that he is entitled to the appreciation of his boss. After all, he is a manager himself, and one of his tasks is to give tribute to his employees.

During the process, it becomes clear that he has the feeling of never having had influence in his life or of having been seen. “Again and again I am exploited and overlooked,” is one of his typical statements. He is also not conscious (Guiding Process Consciousness) of when and how he acts himself, instead of always ‘having to’ react to others. Therefore, we look for situations together, in which he was able to achieve an effect. I ask: “How was it with your wife, how did you win her? What influence do you have on your children, what were they able to learn from you?

For homework, which we agree upon during coaching, Richard looks for other exceptions, i.e. situations, in which he did not feel the victim but rather actively and consciously took his life in his own hands. We analyse these situations and discover that his feeling of being a victim arises particularly strongly in connection with hierarchy. We found one clue about how this pattern developed in his biography.

He remembers his childhood, becomes aware of his sorrow and feeling of abandonment at that time and cries a lot about his placements in various children’s homes. He begins to realise where the roots of his desire for recognition and appreciation lie. As a child, once in care, he often felt at the mercy of his carers, the other boys and the homes’ structures. One of the favourite punishments in those days was ostracization and breaking off of contact. Richard also experienced beatings which he perceived as deeply unfair and against which he did not know how to defend himself.

The impotence, which he experienced in the past, is reactivated in the present-day situation. As trust in our coaching relationship grows, we speak more about ‘little Richard’, who was so sad, fearful and angry. Slowly this achieves a change of perspective about his boss. Richard recognises how much anger he has developed and how aggressively demanding he can sometimes become. We discuss how the boss might feel, if he is continuously being made responsible for Richard’s self-esteem, whether he enjoys satisfying the overarching need for praise of a fifty-year old employee, or whether he would not rather avoid this demand. After all, the boss cannot heal Richard’s earlier injuries and is probably overwhelmed by his expectations. I give Richard a cartoon, which, at first, makes him feel ashamed (he feels caught out) and then inspires him to laugh heartily, thus releasing the tension.

At some point, almost unnoticed, Richard starts to realise that he is happy when the boss speaks to him but that it no longer has the earlier significance. What is more important to him is that he can carry out his work undisturbed and independently. He begins to understand that being left alone can also be an expression of appreciation for him and his work. He has also been dining with his boss a few times, and this has taken place in a very relaxed manner.

From a metatheoretical viewpoint, the client learned early in life that he apparently had no influence whatsoever on how the environment reacted to him. He felt exposed to arbitrary punishments, because different guardians set different rules.

During the course of our work, he understands that nowadays he can increasingly take responsibility for himself and influence whether he feels helpless and powerless or focuses specifically on positive things. He can see that his old pattern is no longer appropriate and that it leads to an accusatory, demanding behaviour, which his superior does not wish to be exposed to. The more Richard understands that his feeling of being a victim is not in the outside world, but in his own thinking and feeling, the more the relationship with his boss relaxes.

This website uses cookies to improve your experience while you navigate through the website. Out of these, the cookies that are categorized as necessary are stored on your browser as they are essential for the working of basic functionalities of the website. We also use third-party cookies that help us analyze and understand how you use this website. These cookies will be stored in your browser only with your consent. You also have the option to opt-out of these cookies. But opting out of some of these cookies may affect your browsing experience.
Necessary Always Enabled

Any cookies that may not be particularly necessary for the website to function and is used specifically to collect user personal data via analytics, ads, other embedded contents are termed as non-necessary cookies. It is mandatory to procure user consent prior to running these cookies on your website.